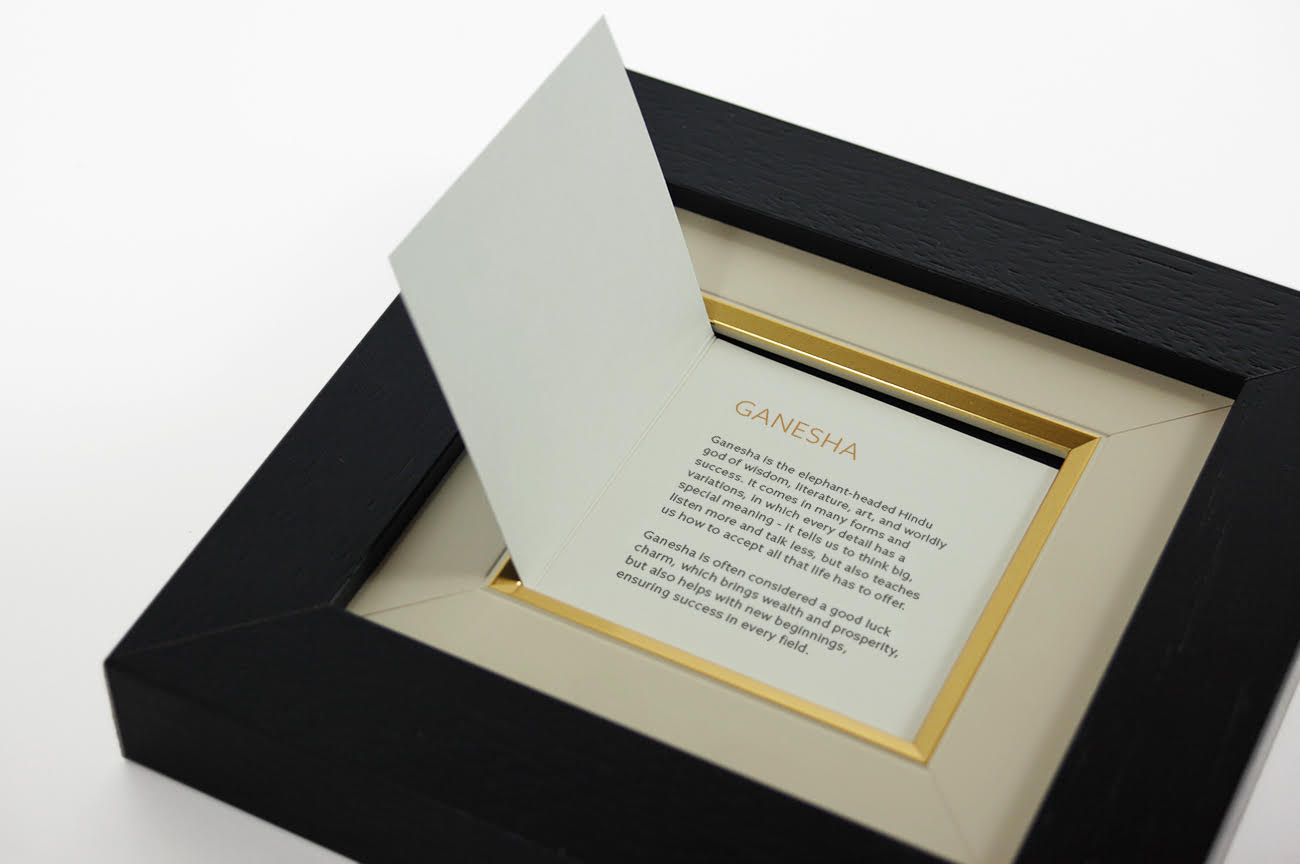 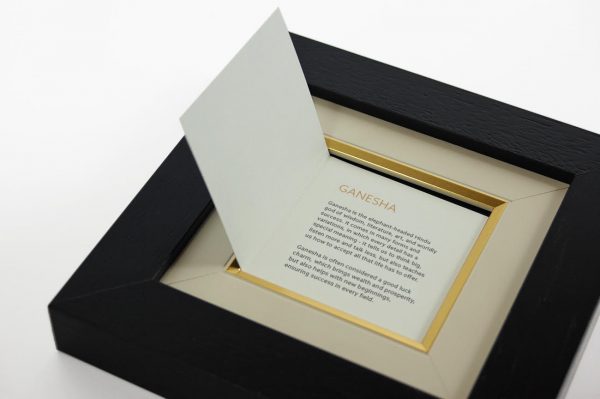 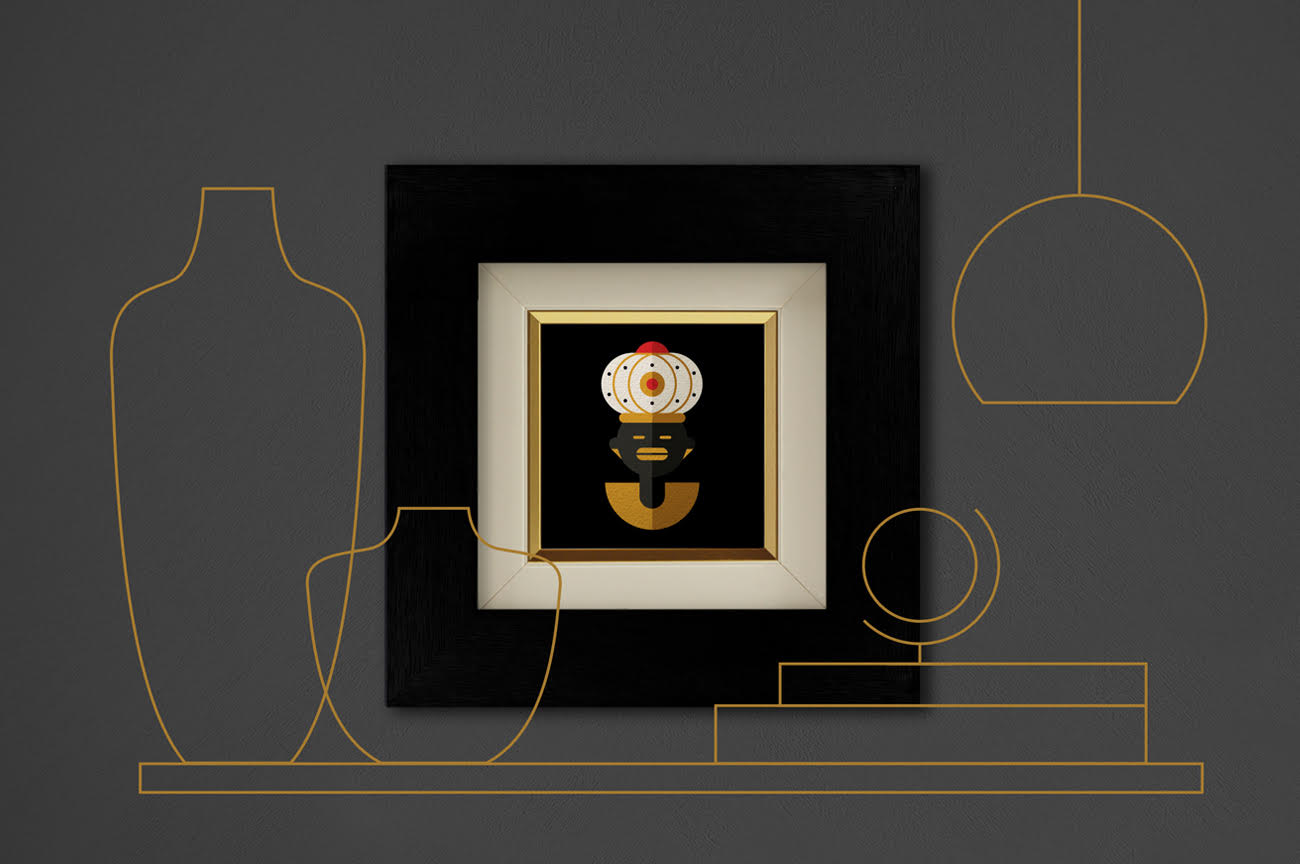 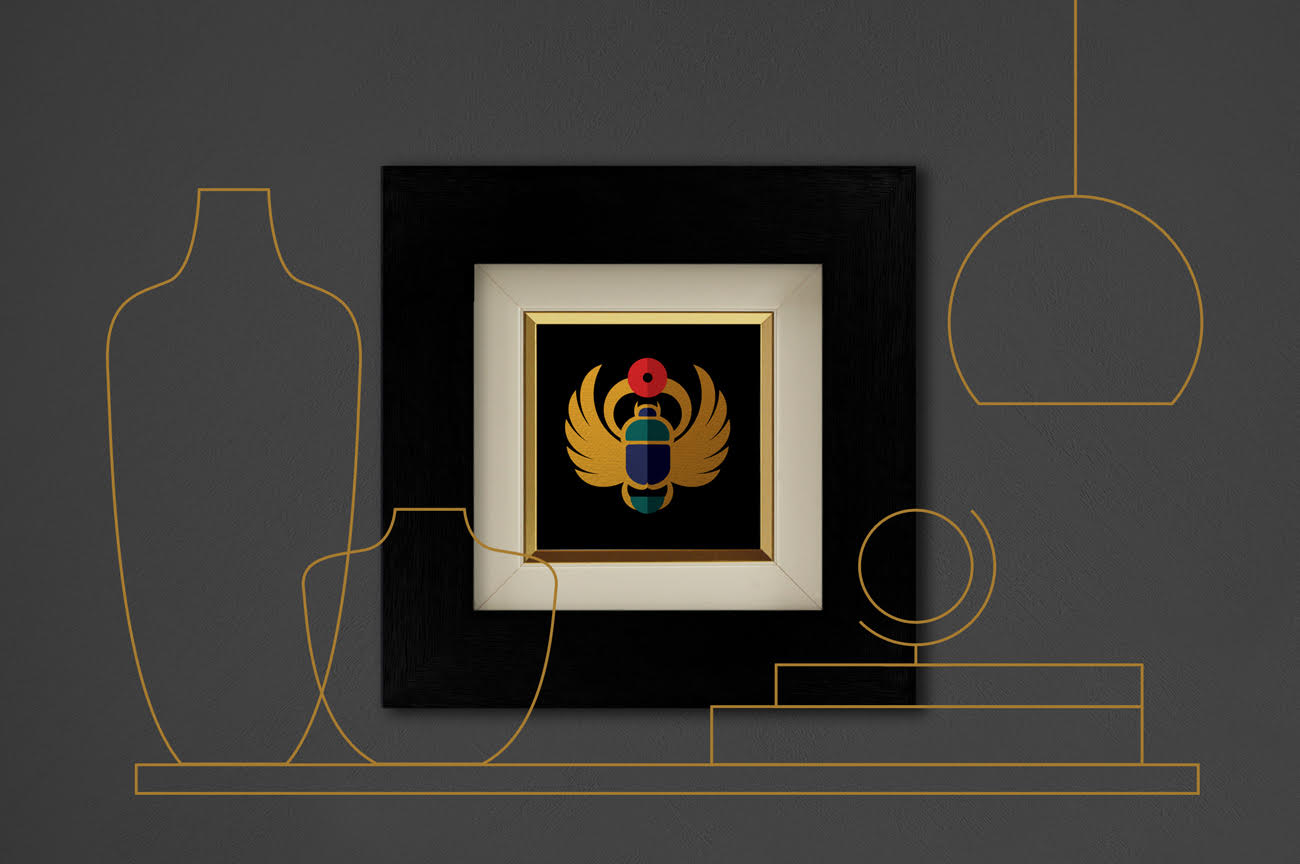 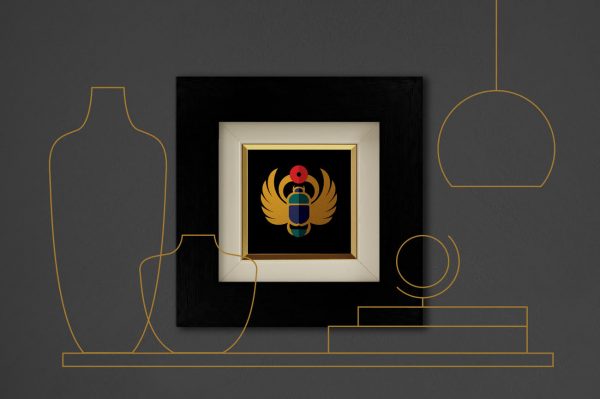 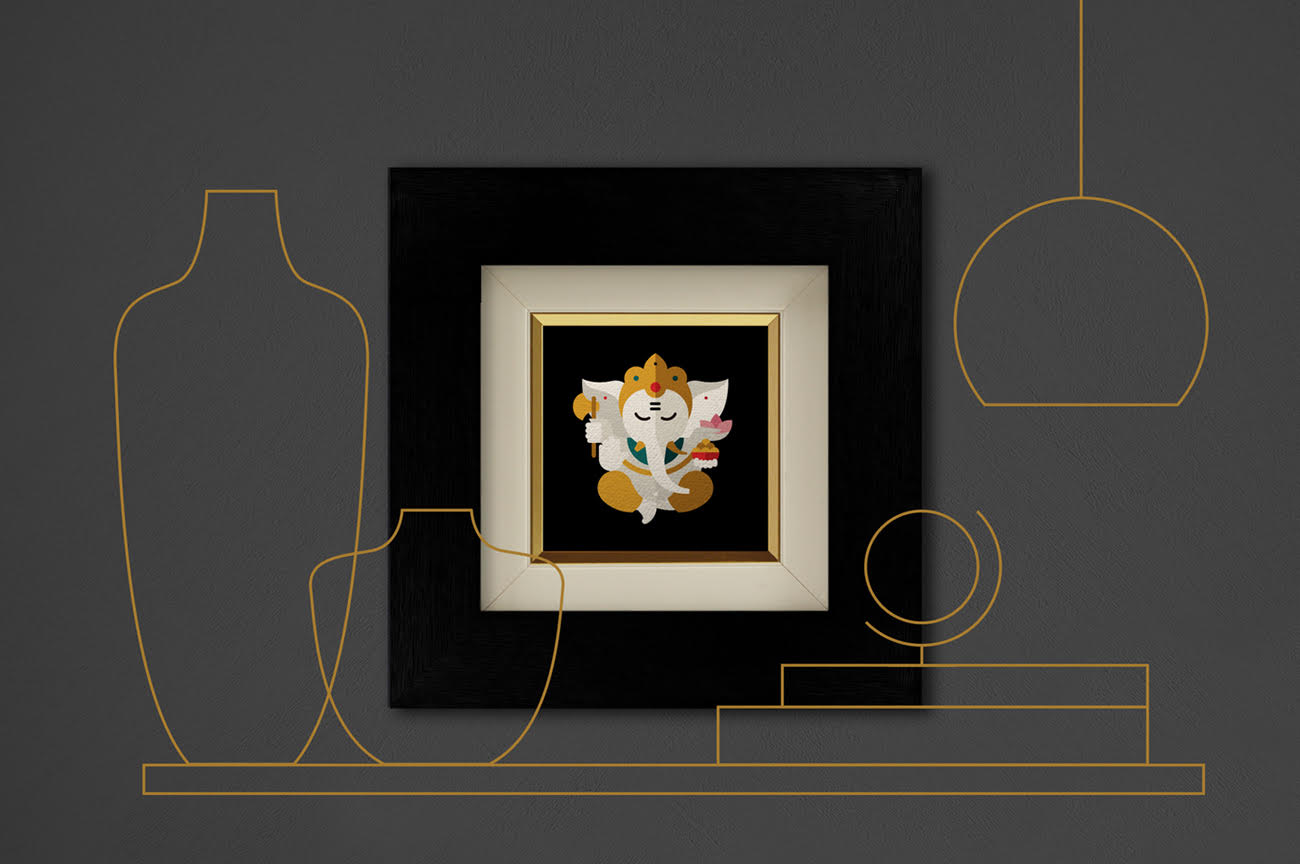 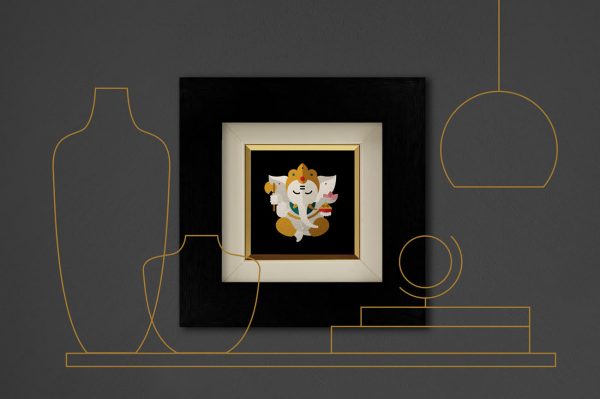 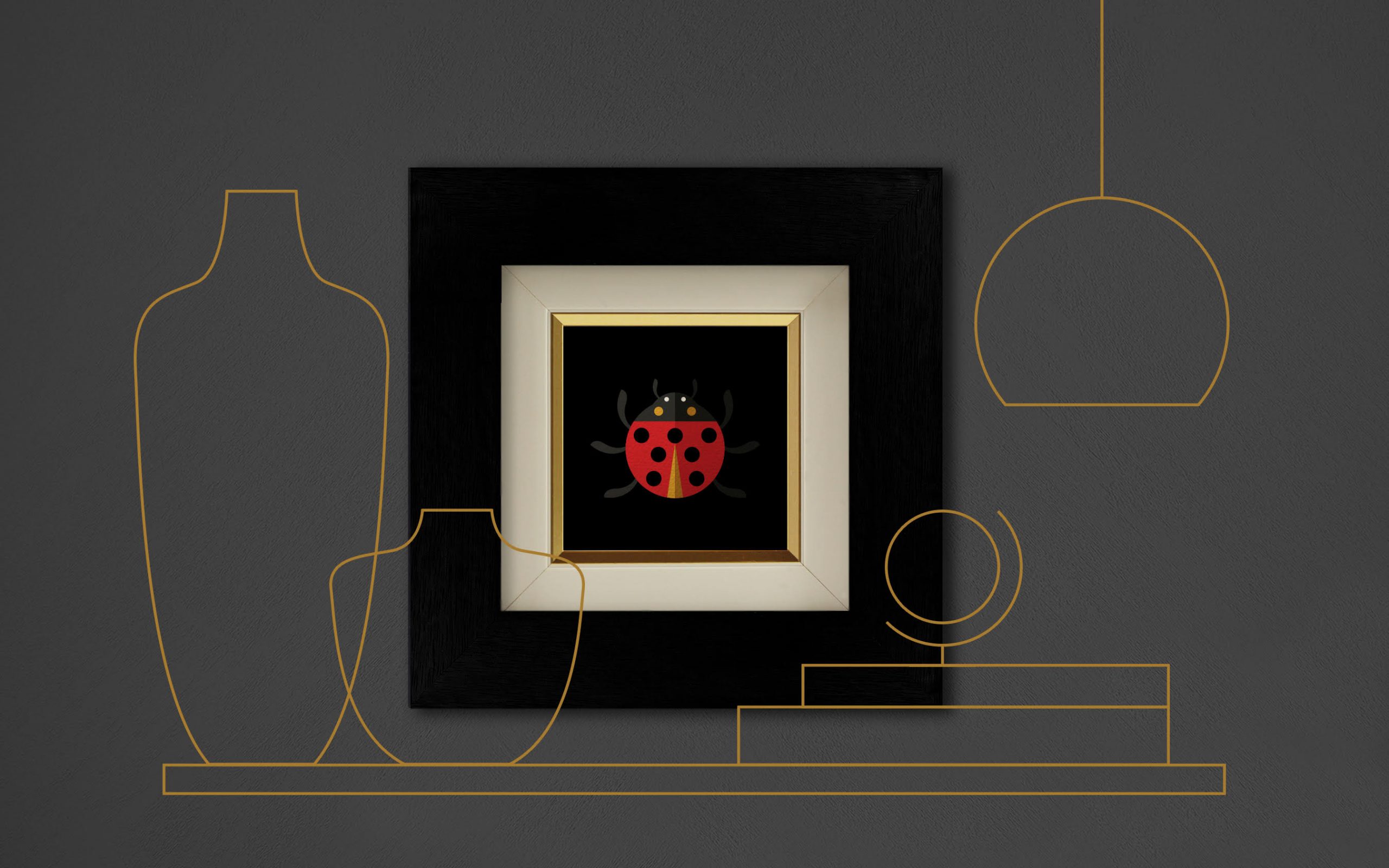 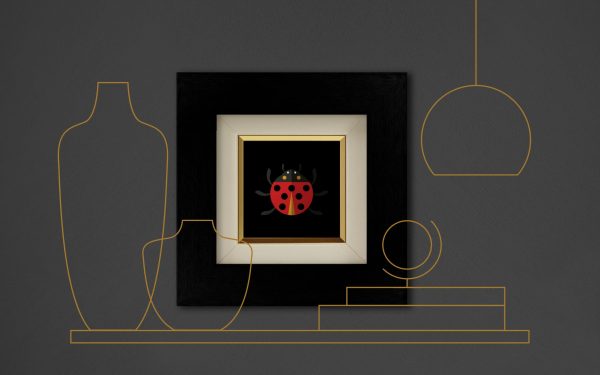 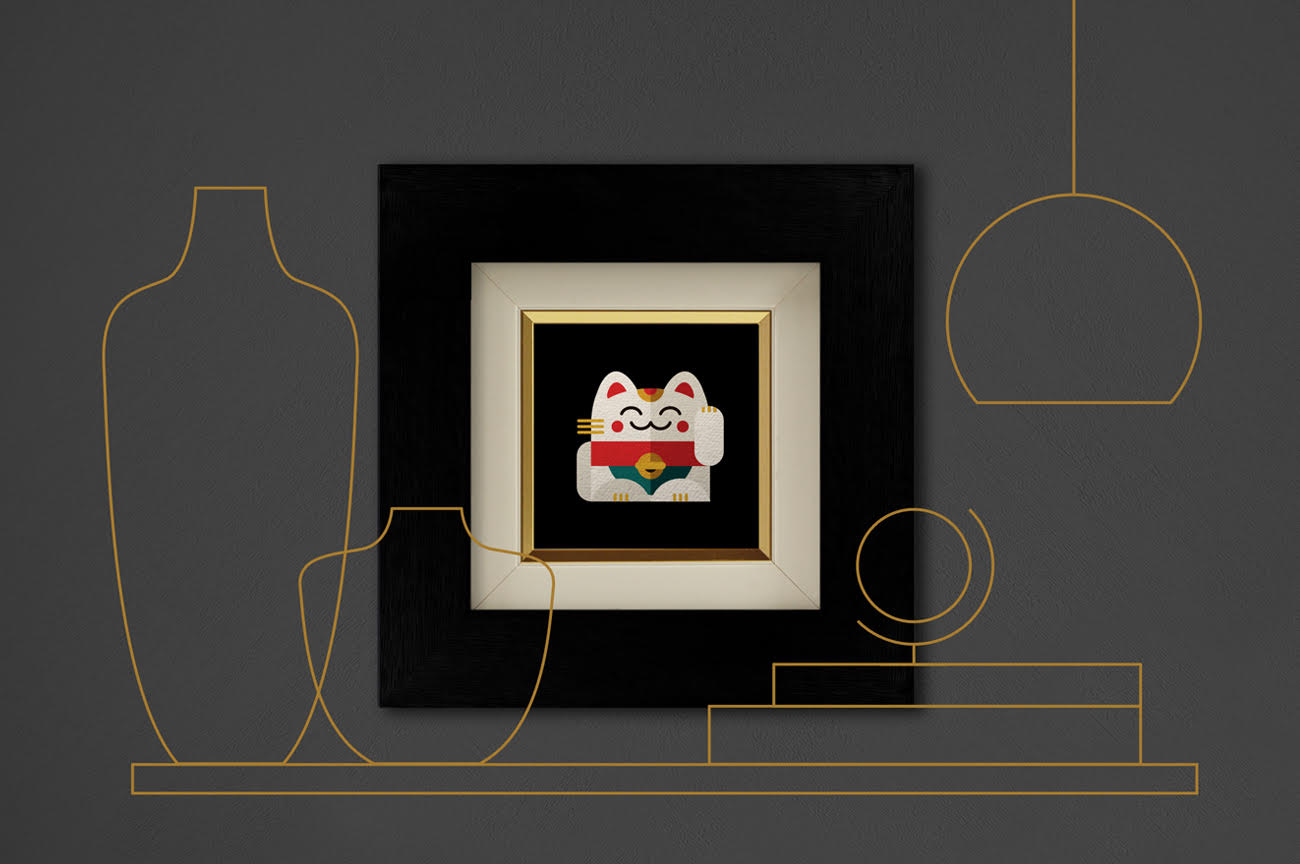 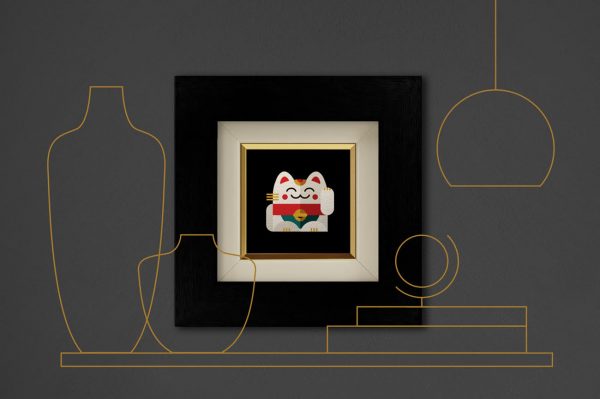 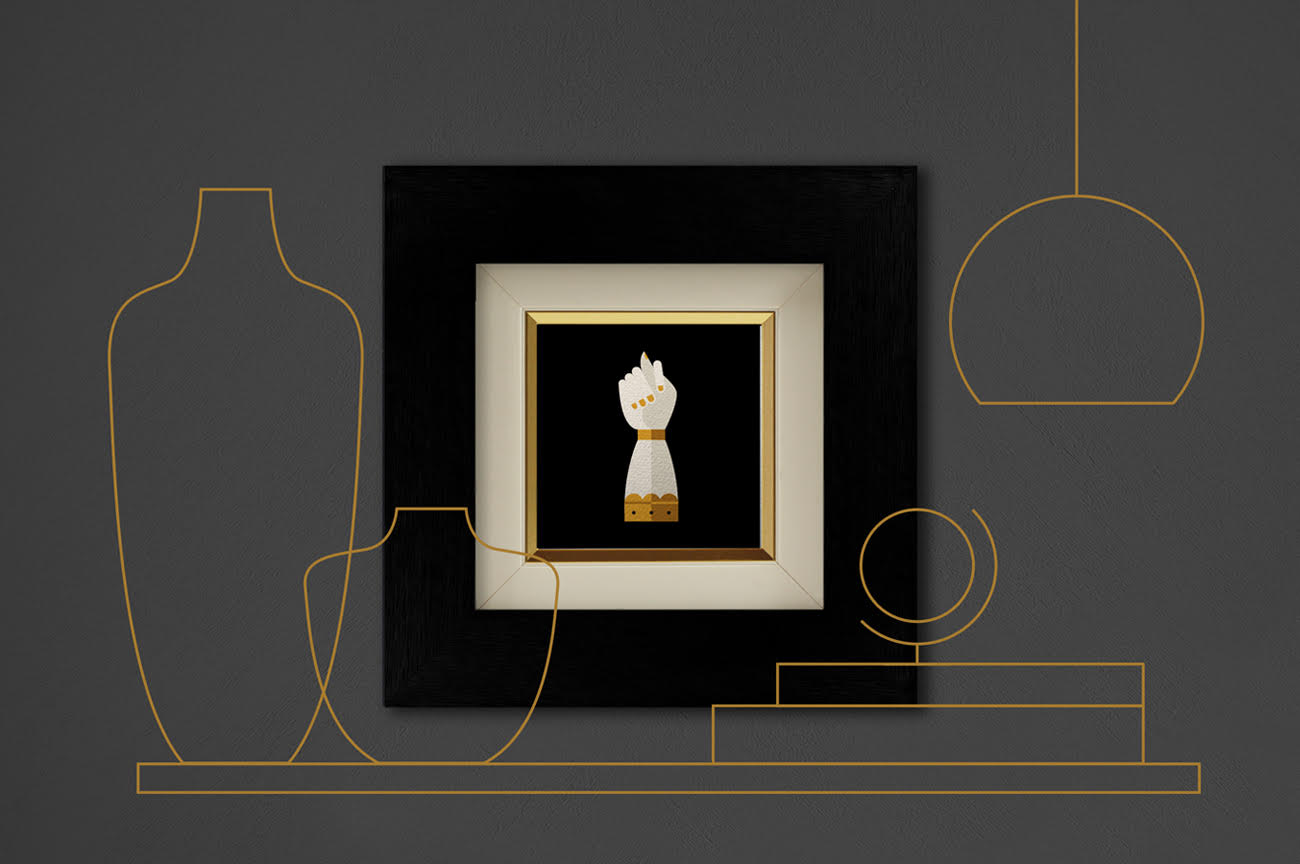 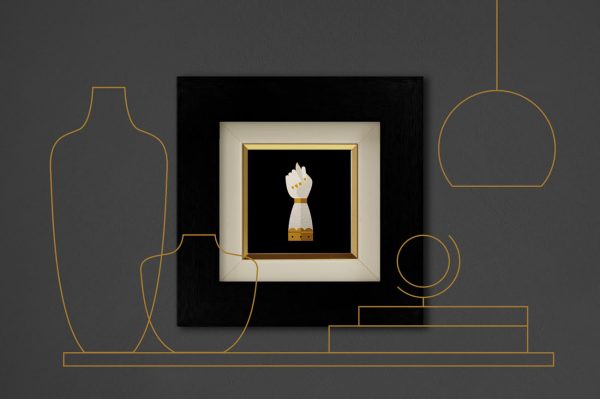 Add to Wishlist
Description
Frame dimensions: 21,5×21,5 cm
Ladybug is a very common lucky charm symbol. Some cultures say that simply having a ladybug land on you will bring you luck as long as you let it leave on its own. Others say that if a man and a woman see a ladybug at the same time the’ll fall in love, and sometimes it’s sign of marriage.
A large number of ladybugs in the spring was an indication to farmers that there would be a good harvest. The deeper red their color and more spots they have, the luckier you’ll be.
Scarab Beetle, THe Scarab, a good luck beetle, represents the journey of the sun across the sky, and it was one of the most sacred amulets in ancient Egypt. Blue color represented the god Ra,yellow symbolized the desert and the sun, and green was the symbol of growth.
It represents good luck, hope, restoration of life but also regeneration and transformation.
Ganesha is the elephant-headed Hindu god of wisdom, literature, art, and worldly success. It comes in many forms and variations, in which every detail has a special meaning – it tells us to think big, listen more and talk less, but also teaches us how to accept all that life has to offer.
Ganesha is often considered a good luck charm, which brings wealth and prosperity, but also helps with new beginnings, ensuring success in every field.
Maneki Neko is a common Japanese lucky charm. White color is for happiness, purity and positive things to come. GOld is for wealth and prosperity, black wards off evil spirits, red is for success in  love and relationships, and green for good health.
It’s believed that Menki Neko attracts good luck to their owners, THe most common belief is that the left paw raised brings in customers, while a right paw brings wealth and good luck. The fish is symbolic of abundance and good fortune.
Mano Figa . The Mano Figa charm is one of the oldest symbols of good luck, originating in Etruscan Italy, but eventually made its way to South America. The gesture has many different meanings, depending on the country, but it’s usually associated with fertility, virility and pleasure.
It’s believed that the figa charm protects from bad energy and evil eyes.
The image of Morčić (Moretto), young black servant, dressed in fine clothes and wearing a turban with jewels is a trademark of the city of Rijeka, Croatia, but also the traditional Rijeka Carneval.
You can see him in all forms of jewelry, especially as earrings. It’s usually worn as a good luck charm, protection against enemies, but also as a symbol of wealth and prosperity.
Additional information

There are no reviews yet.

Only logged in customers who have purchased this product may leave a review.

So delicious. So Croatian.

Excite all your senses with this fine selection of unique traditional products, carefully packed into a box full of natural goodness: open and taste the best of Croatia!

Croatia In A Box

We use cookies on our website to give you the most relevant experience by remembering your preferences and repeat visits. By clicking “Accept”, you consent to the use of ALL the cookies.
Cookie settingsACCEPT
Manage consent

This website uses cookies to improve your experience while you navigate through the website. Out of these, the cookies that are categorized as necessary are stored on your browser as they are essential for the working of basic functionalities of the website. We also use third-party cookies that help us analyze and understand how you use this website. These cookies will be stored in your browser only with your consent. You also have the option to opt-out of these cookies. But opting out of some of these cookies may affect your browsing experience.
Necessary Always Enabled

Any cookies that may not be particularly necessary for the website to function and is used specifically to collect user personal data via analytics, ads, other embedded contents are termed as non-necessary cookies. It is mandatory to procure user consent prior to running these cookies on your website.

Shopping Cart
There are no products in the cart!
Continue Shopping
0